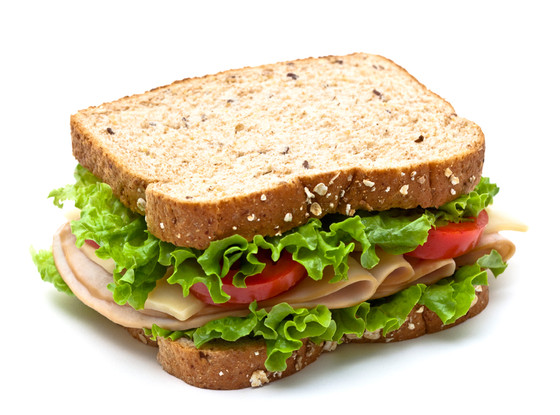 Getting back to dating post marriage has been very fun as the thought process post marriage is very different. I don’t mean different as in a bitter attitude that is out to hurt women because of divorce, but rather a “I have been married already” and each woman that I meet does not have to be my next ex-wife (kidding). I have met quite a few women ranging from “I will never speak to that crazy human again” all the way to “I wish I did not meet her right now because I would marry her.”

There were many websites for dating previous to my marriage, but I did not use them as I was out with my friends often enough to meet a plethora of women in many different social settings. Now that my friends and I are a bit older, the vast majority of them are married and/or have children now, so finding proper wingmen to go out with has become rather difficult. I have resorted to experimenting with the many different websites and their mobile applications. Now this posting is most certainly not one to rate and review each of these sites as many of us have different interests with these sites (www.christianmingle.com, www.farmersonly.com, etc), but rather a posting about how they have changed dating for me.

Using mobile applications from Match and Plenty of Fish has made these sites much easier to use at any time of day as I do not have to be sitting in front of a computer. Applications like Tinder remind me of the old Hot or Not where you see an immediate image of a person and swipe left for NO and right for YES. Tinder makes it easy to see if you would be immediately attracted to someone while also allowing the user to fill out a short profile. While Tinder is simple to use, I much prefer Match and Plenty of Fish (PoF) as the users fill out more details about themselves. Match and PoF allow the dating world to see a menu of people to look through prior to beginning a conversation.

Dating for the Modern Gentleman has changed quite a bit since before my failed marriage. While we had websites, we did not have the mobile application set we have today. These applications have made it much easier to browse and message people we might be attracted to and once we figure out a time to meet up we can use the Modern Gentleman’s Door Test using more modern technology like Uber. Happy Dating!

The advent of the automobile and production line to assembly automobiles was a breakthrough in technology and manufacturing. The automobile enabled people to travel easier and the assembly line allowed mass production so that everyone could eventually purchase an automobile. The addition of locking doors to the automobile changed dating for the gentleman as men now had a way to test if a woman was selfish or not. Anyone familiar with the movie “A Bronx Tale” has seen the scene where Sonny (Chazz Palminteri) tells Calogero (Lillo Brancato) a valuable dating lesson:

Sonny: “Alright, listen to me. You pull up right where she lives, right? Before you get outta the car, you lock both doors. Then, get outta the car, you walk over to her. You bring her over to the car. Dig out the key, put it in the lock and open the door for her. Then you let her get in. Then you close the door. Then you walk around the back of the car and look through the rear window. If she doesn’t reach over and lift up that button so that you can get in: dump her.”

Sonny: “Listen to me, kid. If she doesn’t reach over and lift up that button so that you can get in, that means she’s a selfish broad and all you’re seeing is the tip of the iceberg. You dump her and you dump her fast.”

Over time men lost the ability to test a woman’s level of selfishness with this simple test through advances in technology. Technology progressed to a point where we point remote controls at our vehicles to unlock the doors, and now to a point where one walks up to the vehicle and the vehicle uses proximity keys to know that the key is near and unlocks the door. I was lucky enough to live in a time where my automobile during my early dating days was a 1987 Oldsmobile Custom Supreme Brougham, but now I am driving a new automobile that has some pretty awesome features, but took away the simple dating test. Now when taking a woman on a date a man no longer has the ability to test the woman’s level of selfishness with this simple test.

I have thought of a way through a further advancement of technology that a man can test a woman using an automobile. It changes the timing of the test, but now a man can still pick a woman up with his automobile and be a gentleman in opening the door for her, hopefully have a great time on the date, and then test the woman at the end of the night. The date must involve alcohol as once the couple has had enough drinks to not drive responsibly it is Uber to the rescue and the test begins. At the end of the date the gentleman leaves his vehicle behind responsibly and orders a driver through Uber. Once the couple are to the woman’s place of residence a few things can happen. The night can end and the man has Uber take him to his residence, or he gets invited in for a nightcap. Either way, the gentleman still has the ability to complete the test! The gentleman must go home that evening in some fashion (duh use Uber) so that he wakes up alone and without an automobile. Now the test begins as he has been a pure gentleman and ensured that the couple made it home both safely and without legal repercussions. It is now up to the woman to pass the gentleman’s test! What is the test you ask? Well the gentleman must now find a way to get his car back after the date, so it is up to the woman to contact the gentleman and at minimum offer to pick him up and take him back to his automobile. The gentleman should just use Uber you say? He should find a friend to take him back to his car? Sure those are viable options, but the man now knows what type of woman he has been on a date with and she can show her true colors! Is she selfless and helps the gentleman out in getting his automobile the next day or is she selfish and doesn’t even think to offer? Disagree? Comment below!